The recording of our CRYPTOCURRENCY VIRTUAL EVENT is now available! Click HERE to watch it now. 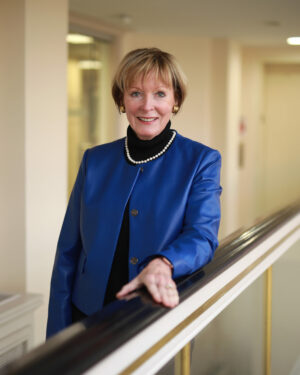 With more than 4 decades of financial services experience, Barbara is CEO and Founding Partner of Hudock Capital Group, LLC.  Barbara has been included in Barron’s Top 100 Women Financial Advisors List1 ten of the past fifteen years, was ranked among the Top 50 Financial Advisors in Pennsylvania by Barron’s2 for twelve of the past thirteen years and has been included among both Barron’s Top 100 Independent Financial Advisors3 and Registered Rep’s Top 100 Independent Advisors in America4.  In 2018, Barbara was included in the Barron’s Advisor Hall of Fame and in 2020 and 2021, Barbara was named by Forbes as one of the Best-In-State Wealth Advisors in Pennsylvania5.  Barbara has also been included in Forbes Top Women Wealth Advisors List the last three years in a row (most recently in 2021)6.  In 2013, Hudock Capital was ranked by Forbes as first among the 50 Top Wealth Managers included on its Emerging RIA List7 and Barbara’s firm has received Forbes’ Small Business Enterprise Award in 20068.  Hudock Capital has also been included in Financial Planning’s Top 50 Emerging RIAs9 and in Wealth Management’s list of Top 50 Women-Owned RIAs10.

Before founding her own firm, Barbara worked as a Financial Wealth Consultant for Merrill Lynch Private Client Group.  She rose to become a First Vice President at Merrill Lynch and was an instructor of financial planning at their Princeton Professional Development Center.

Barbara is a graduate of Bloomsburg University and holds the professional designation of Certified Investment Management Analyst (CIMA).  She completed her Certified Portfolio Manager (CPM) certification through Columbia University and the Academy of Portfolio Management and is a graduate of the Securities Industry Institute—a collaboration of the Wharton Business School and the Securities Industry Association.  She is a member of the Investment Management Consulting Association and frequently presents at continuing education events and industry conferences.

Originally from Charlotte, North Carolina, Barbara has lived in Williamsport for nearly 50 years. Passionate about philanthropy and her community, Barbara is a member of the Board of the Woodcock Foundation for the Appreciation of the Arts and has served as a Trustee on the Bloomsburg University Council of Trustees, a member of the Boards of WVIA Public TV & Radio, the Community Arts Center, the Susquehanna Health Foundation, Bloomsburg University’s Foundation Board, the First Community Foundation of Pennsylvania, the Williamsport Lycoming Foundation, the Williamsport Chamber of Commerce and a member of the Pershing Advisor Solutions Advisor Council.  Among her recognitions, Barbara has received the Pennsylvania Governor’s Patron of the Arts Award, was honored with the Director’s Chair Award by the Community Arts Center in Williamsport and is a recipient of the Jerusalem Star Award.  The Hudock Family also received the Philanthropist of the Year Award presented by the Central Pennsylvania Chapter of the Association of Fundraising Professionals.  Barbara and her husband Mike have two children and two grandchildren.

Check the background of this financial professional on FINRA’s BrokerCheck.

“My secret mission when people walk through our doors is that they are magically transported to a world that is kinder and gentler, friendlier; warmer and where their dreams come true.” – Barbara Hudock

“To give beyond reason. To care beyond hope. To love without limit. To reach, stretch, and dream in spite of your fears. There are the hallmarks of divinity – traits of the immortal – your badges of honor, and your ticket home.” – Mike Dooley